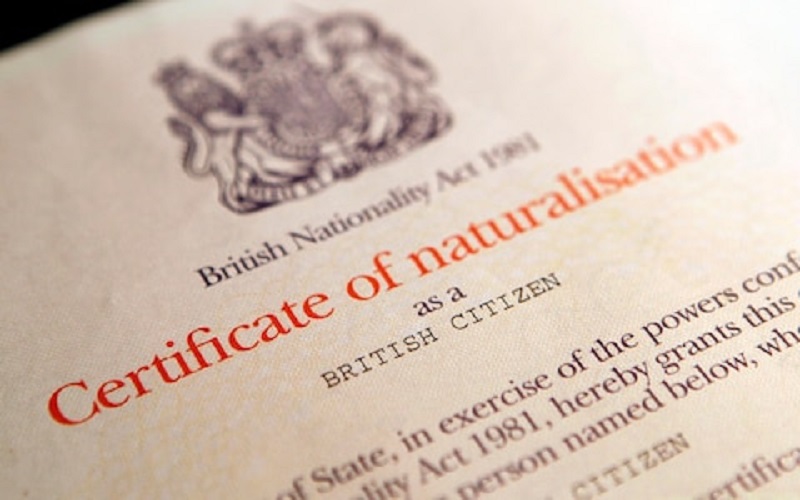 Posted on August 27, 2019 in Nationality & Citizenship by Migra&Co
0 Likes

Although it is not compulsory to become a British Citizen, this is something many migrants who have made the UK their permanent home may wish to consider. British nationality law is one of the most complex areas of UK law due to the UK’s historical links with many other countries in the world. In some cases it will be necessary to trace back several generations to identify whether you are a British Citizen or are entitled to British Citizenship.

Naturalisation is the most common way for adults who were not born in the UK to become British citizens. Migrants who have been granted Indefinite Leave to Remain or European nationals who have acquired Permanent Residence can, subject to fulfilling certain requirements, apply to naturalise as British Citizens. The length of the time spent in the UK, as well as their absences from the UK, good character and knowledge of English/Life in the UK are some of the main criteria to be naturalised under the British Nationality Act.

Registration as a British citizen

Registration is the only way in which children born outside the UK can become British and is also used for adults in special circumstances. It is necessary for those over ten years old to be of good character, however it is not necessary to demonstrate knowledge of the English language and life in the UK. Children born in the UK, to parents who are in the UK through a temporary visa category can also register as British as soon as one of their parents becomes settled in the UK.

There any many forms of British nationality, such as British Overseas Territories Citizenship, British Subject and British National (Overseas). Unlike British Citizenship, these other forms might not normally give you a right to live in the UK, although they may be a step toward becoming a British Citizen. The Right of Abode in the UK, is a certificate of entitlement which allows a person to live and work in the United Kingdom without restriction. Holders of this type of visa for Britain may enter and leave the country free of Immigration control and use gates for British passport holders at UK ports and airports.

Migra & Co is proud of its reputation in this specialist area of law. We trust that the above information is a useful initial overview, please do not hesitate to contact a member of our team.

For expert advice regarding any aspect of British citizenship application, please contact our immigration team on 0203 384 3075.